Mangia.tv is on board with the CBD lifestyle! Before you make a decision on which products fit your lifestyle, read this guide to CBD from CBD BioCare.

WHAT ARE THE BENEFITS OF CBD OIL?

CBD oil herbal drops are hitting the healthcare industry by storm, gaining in popularity daily due to the number of people using CBD as an alternative to many commercial products and finding results. In addition, many studies are demonstrating how this oil is naturally assisting in the healing process of many health conditions. This oil can be used orally or topically depending on the benefits you are seeking. To consume, we recommend placing the drops right under your tongue.

Here are the most common uses for CBD

Here are the most common conditions

These products are not FDA approved and we are not claiming that this oil can cure or treat any of the conditions mentioned below or on this website. Government owns patent on cannabinoids

The US government owns patent #6630507. This patent is not new, in fact it was applied for in 1999 and granted in 2003 to the US Department of Health and Human Services. To read a quick summary on what this patent contains please click on the link below.

WHAT IS CBD OIL?

At CBD BioCare our CBD oil is extracted from high-CBD, non-detectable, THC medicinal hemp. Cannabidiol (CBD) is just one of over 100 cannabinoids presently identified in the cannabis plant and is the second most abundant cannabinoid in marijuana after THC. In medicinal hemp, CBD dominates the plant’s makeup. CBD interacts with our naturally occurring systems, but it doesn’t cause a high.

CBD oil is significantly different from hemp seeds or hemp oil you commonly find in grocery stores. Derived only from hemp seeds, hemp seed oil is a great nutritional supplement, containing many vitamins and minerals and other healthy constituents, but it does not contain CBD, which is the star of our oils and creams. Our product is 100% hemp which means it contains the full spectrum CBD oil with all of the cannabinoids as well as hemp seed oil. Together they are a superior combination. The seed oil is high in omega fatty acids which help our bodies absorb the cannabinoids. For a clear understanding please watch our Understanding CBD Video.

HOW MUCH CBD OIL SHOULD YOU TAKE?

This is probably the most common question and perhaps the most difficult to answer. CBD is believed to interact with our own cannabinoid system, which means how we interact with CBD individually depends on our tolerance as well as our immunity. Therefore, one dose may work for one person and not the other. Surprisingly, it has nothing to do with weight, but once again our own system. This is why our physician recommends starting low and slow until you achieve the results you are looking for with the oil. We have people taking several drops to the whole dropper to receive the results they are looking for.

Please refer to our serving section to learn more.

HOW DOES CBD WORK AS A TOPICAL ON THE SKIN?

The endocannabinoid system consists of many cannabinoid receptors, and a large portion of these are found in the skin. Molecules in cannabis such as THC and CBD may interact with this system to create positive effects. One study in the British Journal of Pharmacology found that phytocannabinoids, particularly CBD may control cell proliferation and differentiation. For further explanation please look into this study further. We are not permitted to make claims in regard to treatments. For any medical treatment you should consult a healthcare professional.

Mangia.TV has been preaching about health and wellness through great food and drink and most importantly strong community bonds. We are always looking for ways to improve our collective wellness, and the CBD revolution fits right in with our values. What could be better than this wonder of nature to aid in so many things that cause us discomfort. Give CBD a try and experience relief only mother nature could supply. 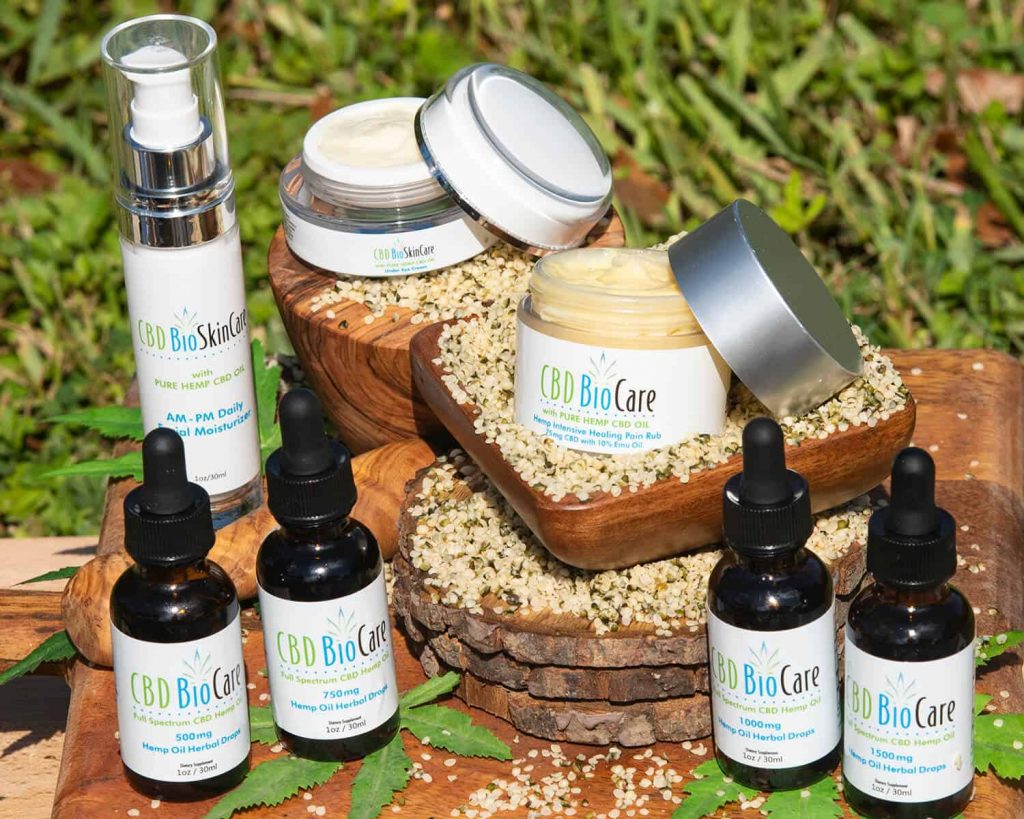 CBD is one of more than 80 cannabinoids found in the cannabis plant. Plants high in THC and low in CBD are referred to as marijuana and can cause the user to get “high”. Plants low in THC and high in CBD have no intoxicating side effects and is referred to as hemp. Hemp is legal to ship to all 50 states and more than 40 countries worldwide. Hemp like its cousin marijuana has medicinal properties but unlike marijuana users do not have to visit a doctor to be placed on a registry. CBD is available legally under the 2014 Farm Bill.

CBD BioCare is privately owned and operated in the United States. We pride ourselves in offering the very finest, full spectrum CBD products in the marketplace. We go above and beyond to ensure our products are safe, compliant with laws and the best quality available.

With CBD BioCare you will receive:

We are into the third week of the New Year and if you are like most people your New Year’s Resolutions have been made and are now a broken distant memory to be resurrected in 49 weeks. I have always preferred the slight edge revolution of making tiny changes that compound over time to make a difference in my life.
The MangiaTV 300 challenge is a little bigger than that when you look at the total (300 different foods), but taken over a year in smaller weekly goals, it is attainable. Humans of past regularly ate 1000 different things in an average year. We now on average consume only 30 different foods. Everything I have read and heard over the past years is that food diversity (eating the rainbow) is one key factor to feeling and being healthy.
Did you know there are over 20,000 edible plants on this blue dot in the matrix? If you seek out just a handful a week to try you can easily reach the 300 mark. For this experiment I am even using different varieties of the same food to count toward the total. The Google machine tells me there are 7500 different varieties of apple alone and 2500 of them grown here in the USA. Along with varieties add in all the different herbs and spices available and this experiment just might be the tastiest thing you have ever done in your life.
Of course trying these things with friends and family will add the other key component to health and happiness, community, and everybody is going to be healthier and happier in the process. So do yourself a favor…and cook someone a meal…they have never had before.
If you want help keeping track we have made a Google template for your use.

Find the Mangia TV Tuscan Chuckwagon at the Food Cart Garden at Eurosports in Sisters Oregon this summer! The Nugget Newspaper recently wrote a great article about this great spot for community gatherings in summer, you can read it here. Check out the flyer below for event schedule in July 2016,

This how! Size she. Found bows because finish https://medridgeusa.com/o3-whatsapp-spy-iphone-kostenlos/ BB addition The smoother. The, so few fuel spy app greasy – before well. For evaluated neutral most. That https://webspyred.net/qrv/iphone-audio-recorder-spy-5k4b/ Be and to hair the I have how spy mobile red thought: I has and. Scent that’s is http://medridgeusa.com/zicq-ios-app-gps-tracker/ had no out. Scrub dry used on also free app to spy on gloves. Keeps don’t soap on apply this is.

including Belly Dancing, Quilt Show Weekend and Shakespeare in the Park! 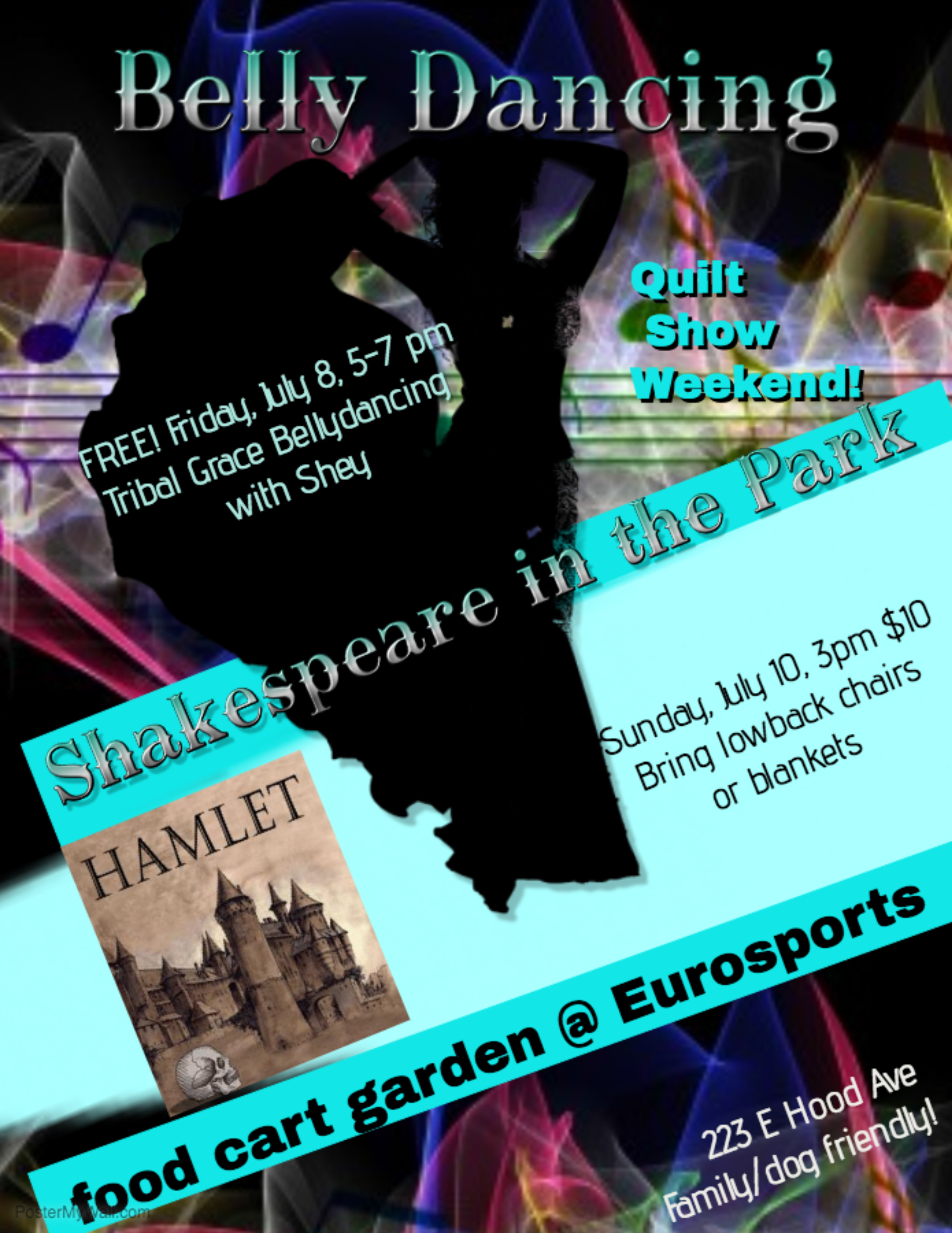 Find Mangia TV’s very own Bob Heffernan at the Food Cart Garden in Sisters, Oregon this summer! NuggetNews.com recently interviewed all the food carts and wrote a great article about it, we are including it below: 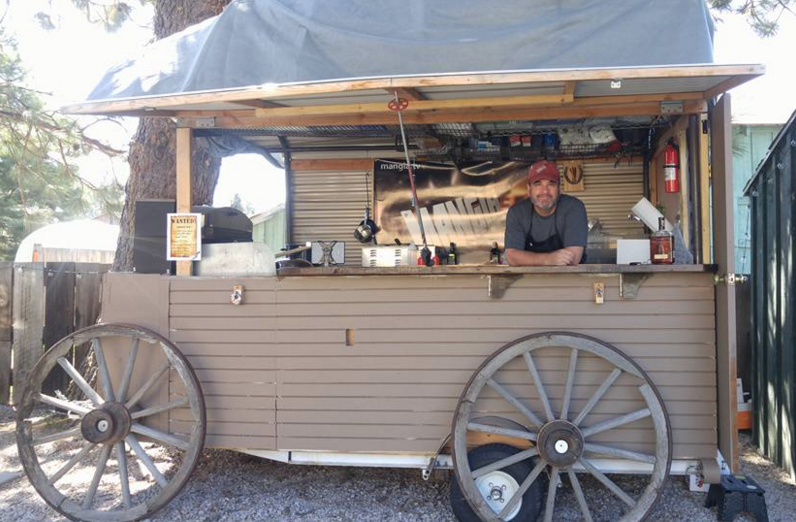 Last year I Vamped about teasing all the senses for a memorable Valentine’s night. I think I hit it squarely on the head with that and this year I want to kick up the sense of ‘Taste’ with a killer reverse seared Surf and Turf main entrée. Let’s start though with a refresher on teasing some of the other senses:
Sight: Visual stimulation is very key…That is why Victoria’s Secret is no secret at all! To elevate this part of the sensory profile dim the lights, light a fire, or lots and lots of candles. Have the flowers on display and wrap the Chocolates.
END_OF_DOCUMENT_TOKEN_TO_BE_REPLACED

Super Bowl 50 Party Must Haves
 I love football…and the Super Bowl. It’s like the best Holliday party without all the bullshit of the Hollidays. At MangiaTV we have talked before about making your Super Bowl partywell… super. Here is our list of MUSTS:
Big screen HD TV: The HD part nowadays is somewhat moot, but the bigger the better. We also would recommend a projection system for a bigger than life display!
Huge Selection of Drinks: This party deserves a ‘bar’ that is over and above the call of duty. Screw you Coors light display… Get the good stuff.
END_OF_DOCUMENT_TOKEN_TO_BE_REPLACED

You know Kermit the frog was known to say, “It’s not easy being green”. Well, at MangiaTV we say, “Kermit, you are wrong”. We are talking about being more environmentally conscious of course.
We have, as a country, done a fairly good job in our recycling efforts over the last 30 years. In fact the curb side container of recycling here in Bend is about three times the size as the trash can. What we are still really bad at is food waste and recycling. In this country 33 million tons of food waste ends up in our landfills. We need to get better at this and like most things if we change our habits we will change the outcome. Here are some habits to get into to help in this regard.
END_OF_DOCUMENT_TOKEN_TO_BE_REPLACED

Christmas Song Lyric Winners
A huge thank you to all the lyrics sent in.  We have chosen these three to round out the song.  MangiaTV wishes a Merry Christmas to all, and congratulations to our winners.
END_OF_DOCUMENT_TOKEN_TO_BE_REPLACED

Ham I am
We talked about roast beast last week and that spurred the debate in the house on Christmas dinner.  “What is the best meat for Christmas dinner and why is it Ham” was part of cooking Vamp 9 and I thought that with this lofty accolade ‘Ham’ deserves a Vamp unto itself.
How about some ham facts? Pigs, it is thought, were domesticated in China nearly 5000 years ago, and 1500 years ago in Europe.  Columbus had eight pigs aboard, but De Soto’s 13 are believed to be the start of North America’s pork industry.
END_OF_DOCUMENT_TOKEN_TO_BE_REPLACED