Bob stops by Firewater BBQ & Brew in Lombard IL for a chat with Roger.

You’ve heard the story a thousand times over.  It was the eve of October 8 in the year 1871 when, it has been told, Mrs. O’Leary’s cow started the great fire that leveled the city of Chicago.  True it is, indeed, that the fire started in a barn on the O’Leary property on the west side of the city – but by a cow???

Perhaps that is what Patrick and Kate O’Leary wanted us all to think.  Maybe, just maybe there was something to hide.   What really went on out back at O’Leary’s barn?

The authorities were “told” that it must have been a clumsy cow kicking over a kerosene lamp in the middle of the night, that ignited a pile of wood chips.  Really?  Hmm?  What kind of wood chips?  And exactly why was a kerosene lamp burning?  All five of the O’Leary cows and one horse perished in that fire, along with all the credible evidence; or did it?

Experts and conspiracy theorists alike have all agreed that the cow was not to blame.  Chicago would rebuild bigger and better but the real cause of the fire was never discovered, and the legend lives on.

Days after the Chicago Fire, rumors spread about the true cause of the blaze. The story goes that two shanty Irish immigrants, and former plantation workers, Daniel Sullivan and Dennis Regan, were secretly in the barn that night. The two men had been well known around town as amateur brew masters and extremely knowledgeable when it came to back country BBQ.  In O’Leary’s barn the two men concocted their ale and brau and had recreated a smoke oven out of an old hickory bourbon barrel which they had seen on a southern plantation a few years earlier. Utilizing slow consistent heat, blanched hickory wood chips and secret back country dry rubs, Daniel and Dennis had perfected the recipe for the finest tasting BBQ north of the Mason-Dixon line.

The legend goes on that Daniel and Dennis were enjoying a few too many of their new brews that night with Pat and Kate Oleary while preparing the smoker with racks of baby back ribs and genuine cut briskets of beef for a birthday party the next day at the Laughlin’s house.  Later that night, the secret gathering in the O’Leary barn had ended. Dennis secured the door on the smoker, turned off the lantern and left for the night. Sometime around 3:00 am Mrs. O’Leary went out to the barn when she heard some loud crackling sounds. She could smell the savory and sweet flavors of smoked hickory wood, wafting over slow roasting fine cuts of pork shoulder and beef brisket.  Believing it came from the new smoke barrel that Dennis and Dan created, she contently went back inside and fell asleep.  The crackling that was heard was the result of the bourbon barrel splitting open and ambers from the hickory chips scattering onto a large pile of hay. The Great Chicago Fire had started.

Over the next two days, the fire had spread north and south, until Chicago would be leveled by flames, until extinguished by the rain. Shortly thereafter, the authorities narrowed down the start of the blaze to O’Leary’s barn. They interrogated the O’Leary’s who continued to say they believed the cow kicked over the lantern.

Worried about imprisonment, Sullivan, Regan and the O’Leary’s held a secret meeting. It was Mr. O’Leary that forced all involved to make a pack, come what may, to never share the truth about the events that night with anyone.  Devastated by the destruction of their efforts, Dennis and Daniel wrote down their recipes and brewing procedures in what would be called the book of Firewater Brew and BBQ, and hid it in a wooden chest under what was left of the Oleary house.

Being extremely passionate about brewing and BBQ, Daniel and Dennis continued to develop their brews and BBQ recipes underground and titled the brew “Firewater Ale”. The popularity of their unique recipe smoked meats and full bodied Brews spread from alley way to river front. But the truth of what happened in that barn the night of the Great Fire would soon catch up to them through word of mouth. A young official trying to stamp his card to the top accused them of the blaze….and even mocking their actions by labeling the beer “Firewater Ale”.  Soon the public outrage would stretch the city’s front. Chicago had become a breeding ground for crooked politicians, graft and corruption.  It wasn’t long there after that Dennis Regan’s body would be found floating in the east branch of the Chicago River.  The newly elected Coroner labeling his cause of death “an accidental drowning,” no further investigation was ever conducted.  Daniel Sullivan would be forced into seclusion hiding somewhere on GooseIsland and was never to be heard from again.

During and after prohibition it is unknown where the story of Firewater Brew and BBQ went from there . . . but the story would surface in 1991 when the son of a famous bar and restaurant owner in Chicago, uncovered the book in an old bomb shelter in Burr Ridge, Illinois.

After recreating the recipes in Daniel Sullivan’s and Dennis Regan’s vision he realized it was time to resurrect the best Brews and BBQ the world has ever tasted!!! 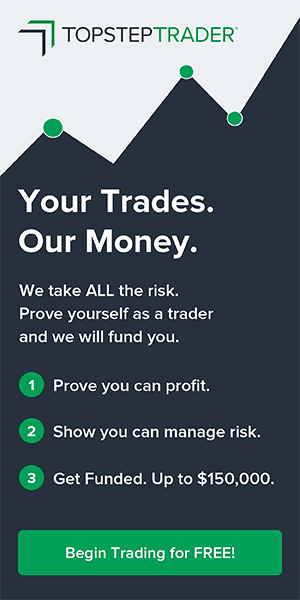