Tailgating, a little history… as is true of lots of great traditions, no one is sure exactly when the first tailgate happened. So let’s not argue whether it was a Yale football game in 1904 or a Packer game in 1919. The fact is, bringing food and beverages to a ‘sporting event’ must be as old as ‘sporting events’ have been put on. I mean are you going to trust the food to some lackey or are you going to seal the deal and put a little effort into the meal beforehand and have great food and drink, assuring a great time no matter what the outcome of the ‘event’ is.

The tailgate term obviously comes from the fold downable section of a pickup truck or station wagon that can be converted into the most awesome buffet of food and drink imaginable. Now there are a few keys to a successful tailgate: 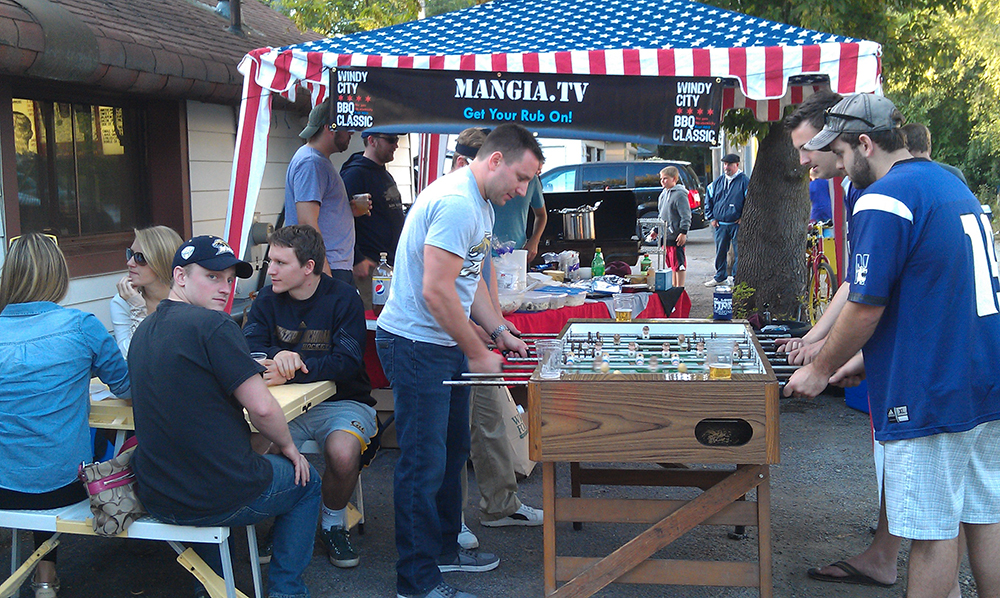 Be early: There is no bigger killer to a good tailgate than a shit location. The good spots go to the early risers. Get everything done the night before so you can get an early start and secure that prime spot.

The time spent in proper planning and preparation will make any tailgate party more enjoyable. Think outside the box and come up with great, easily eaten food paired with great beverages and the outcome of the ‘event’ will matter less. The time spent re-connecting with friends old and new will be what you remember long after the facts of who played and what the final score was fade from memory.
Get more Tailgating Tips from Uncle ‘Merica on this week’s Cooking Vamp.